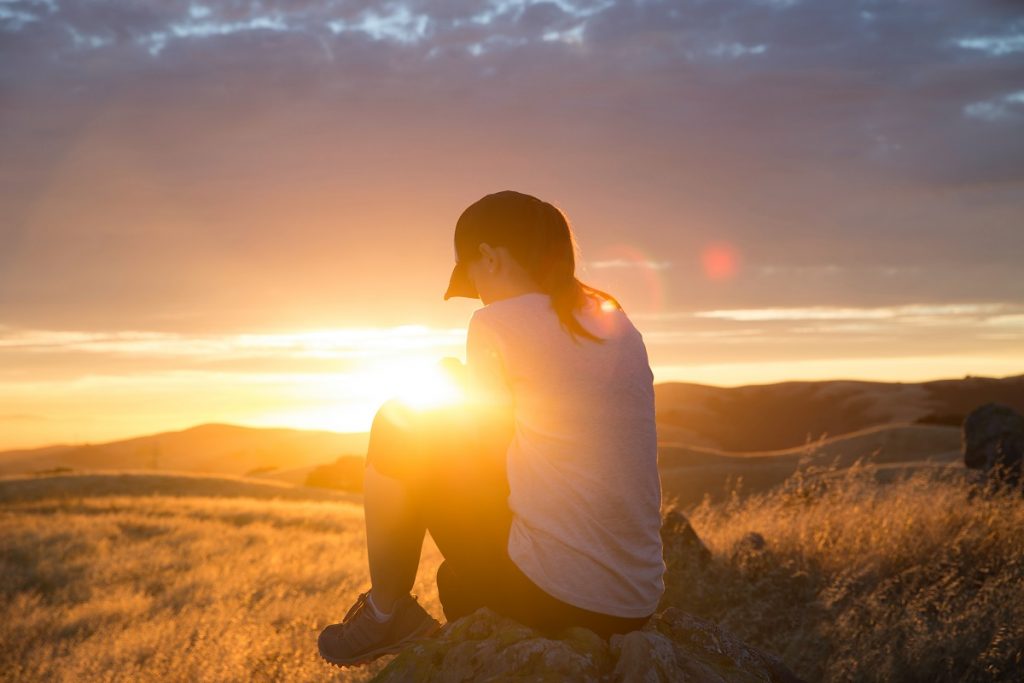 You are NEVER Alone!

A tale of how strangers saved this single girl.

As you may know by now, I broke my ankle a couple weeks ago while hiking. The first question most people asked me was, “You were by yourself? How did you get help?!” The thought of breaking your ankle is scary enough without also being alone on the trail when it happens. There’s likely no cell service, so who’s there to run for help, apply first aid or support your weight as you hop your way back to the car? I’m sure the image of me dragging myself for miles to safety popped into a few people’s minds, but thankfully I was luckier than that. Not gonna lie, when I first fell and realized that I was not going to be getting back up and walking out of there, the thought of how in the hell I was going to manage the situation did pop into my head. I mean, I was alone, so it was up to me to figure out my own solution. When you’re used to doing everything by yourself and taking care of yourself 100%, you don’t naturally think about relying on others to save the day. But what started out as a shocking and painful situation was made exponentially better by the kindness of strangers.

Long story short, I slipped on a rock, fell, and injured my ankle to the point that I couldn’t put any weight on it. I was in the canyon of a state park with no cell service. I had to be hauled out on a stretcher by Search & Rescue and taken to the nearest emergency room. There I was x-rayed and found out I had a bad break that required surgery to fix. I was admitted to the hospital and surgery was scheduled for the next morning. I was an hour away from home. And I was by myself. Not a happy tale, but what I’ve left out of the story are the numerous amazing people who made the whole ordeal a whole lot better than it could’ve been. For them I am eternally grateful!

Random Hiker Guy – was hiking up ahead of me, but heard the commotion. As soon as he realized something was wrong he immediately yelled that he was running for a park ranger. Thank you, Random Hiker Guy!

Carol and Amy (mother and daughter) – my angels! They were hiking behind me with the grandkids and saw me go down. Carol rushed up to me and asked if I was okay. I said yes and then tried to get up. Nope! Carol sat with me and asked me questions that I don’t remember, but after a few minutes I told her to go and get on with her day, the ranger would be there soon.

She and Amy took the kids ahead to the safe part of the trail and I thought they were gone, but then Amy came back to sit with me. I told her she didn’t need to stay and ruin her own day, but she said she wanted to make sure the ranger really did come. She sat on the muddy ground and held my foot in her lap while we chatted about who knows what. She stayed even after the ranger got there and held my foot while he examined it.

Carol then reappeared and gave me her number in case I needed any more help. She even offered to help with my car even though she didn’t live super close by. She and Amy had already helped plenty just by being there, but their kindness continued.

They ended up coming to the hospital, getting my keys, and bringing my car back from the park to the hospital. Carol then sat with me for a few minutes while I thanked this saint of a stranger profusely for everything she had done for me. Do you know what she said? That she and Amy were placed in my path so that they could take care of me. She truly believes that the inconvenience I created in their lives was a meant-to-be positive. She continues to check up on me. Who knew these people actually existed! Thank you, thank you, thank you, Carol and Amy!

Caleb (Park Ranger) – the nicest young guy who ever so carefully took off my boot to reveal something that no longer looked like an ankle. It was so swollen and twisted that I couldn’t believe my eyes. Caleb examined my foot a bit before radioing for more help. Then he took over for Amy, held my foot and chatted with me until the fire dept got there. He also kept track of all my stuff and carried it up the canyon for me. Thank you, Caleb!

Trey & Dominick (fire dept) – two really nice guys who examined, iced and bandaged my ankle while offering to give me morphine or fentanyl. No thanks, I said. It wasn’t that the ankle wasn’t painful, but at this point I was determined that it was just dislocated, the emergency room would pop it back into place, and I’d be on my way that afternoon with a bandage and a bottle of Motrin. Ha! Eventually Trey ended up offering to drive my car to the park entrance so it wouldn’t get gated into the park. Thank you, Trey!

Search & Rescue Team (can’t even remember all their names) – now, the reality that I was actually going to be hauled out of a canyon by Search & Rescue (you know, the types of rescues you see on the news?!!!) didn’t hit me until we were on the way up and I saw people taking photos and video. About six guys from S&E (volunteers, mind you), strapped me onto a stretcher with a big wheel on the bottom, and dragged me across the rest of the slippery rocks and up the steep canyon trail. This was no small feat, I can tell you. Thank you, Search & Rescue Team!

George (one of the S&E guys) – when we got to the top there was an ambulance waiting, but George offered to drive me to the ER so I could avoid the expense of the ambulance. Thank you, George!

Hospital Staff – I won’t get into the details of all the wonderful people at the hospital, because there are too many to name or even count, but let’s just say that every person I encountered was friendly, positive, helpful, and made my stay there as enjoyable as possible, including my surgeon. Thank you, Hospital Staff!

Sherri (my bff) – I texted from the hospital to let her know what was going on and she immediately started figuring a way to come get me and my car the next day after surgery. I put her in touch with my neighbor, whom she’d never met. She picked up my neighbor, the two of them drove the hour to where I was, and I rode home with Sherri while my neighbor drove my car home. Thank you, Sherri!

Linda (neighbor) – fed and petted my cats the night I was in the hospital. She even washed the dirty dishes that were in the sink! And of course came and got my car. She and Sherri had to help me into the house (stairs!) along with the help of another neighbor who was outside at the time (Dave). They stayed and made sure I had what I needed for the night and could get myself around. Thank you, Linda, and Dave, too!

Mom – flew in from out of state the next day and stayed with me for a week. She got me a knee scooter which made life SO MUCH better (crutches suck!) and stocked my kitchen with food for the next couple weeks. She made meals, did laundry, cleaned, and waited on me. She also drove me to my follow up appt with the surgeon an hour away. Most of all she took care of me when my emotional state was fragile and it was difficult for me to get around.

I always think of myself as being on my own in life. I have to take care of myself. It’s all on me. But when push comes to shove it’s amazing how many people are really there to offer assistance and help take care of you. Every person I encountered during this ordeal asked if I was alone. I said yes, and that seemed to spark something in them, some higher level of caring. But in doing so they proved me wrong. I wasn’t alone at all.