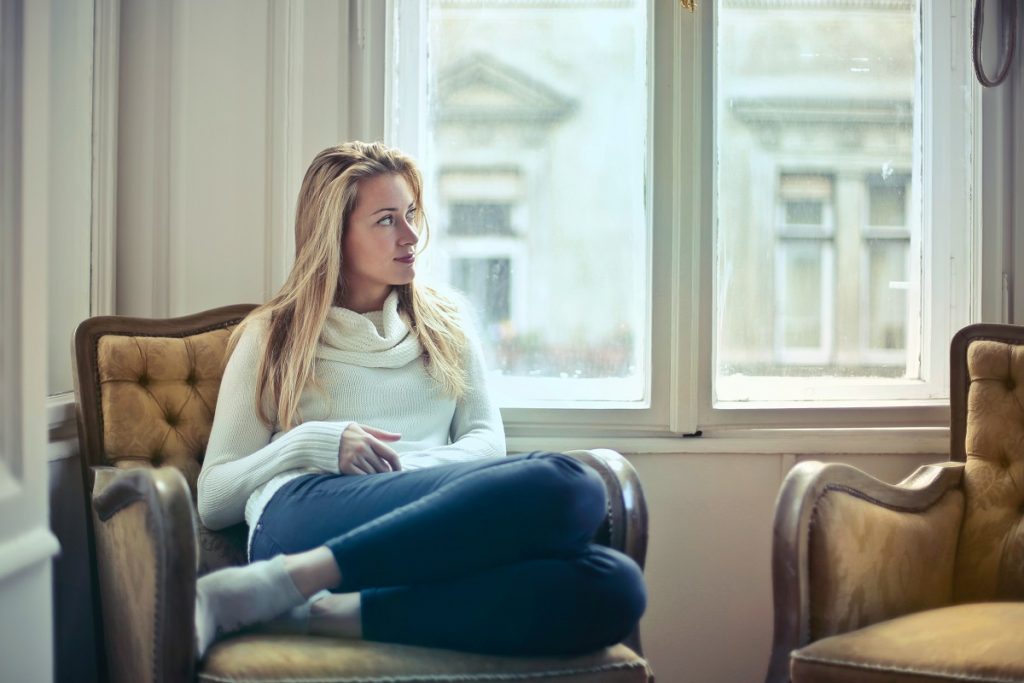 Challenging your own thoughts and beliefs is easier said than done.

I was listening to a podcast this morning that was all about how our beliefs limit our accomplishments.  If we think we can only make just so much money or lose just so much weight then we really won’t aim beyond that because the “beyond that” doesn’t exist in our belief system.  We cap our own success.  I was thinking about this and realized that it pertains to being okay with being single, as well.  If you truly believe that the only acceptable way to live as an adult is within a relationship then no other option exists for you.  You MUST find this person or die trying and being happy single isn’t even a thing.  But what if it actually is a thing and accepting it will make you much happier?  What if you challenged your beliefs, made a paradigm shift, and accepted that there was another way?  Why wouldn’t you want to do that and be able to say, “I’m perfectly okay single?”  I come across lots of single women every day who ask about my transition from miserably alone to thriving on my own.  After regaling me with tales of their tragic dating histories and their forays into anti-depressants, they marvel at how I made my shift in thinking, acting and living, and are quite happy for me.  But they also see me as an enigma, a curiosity to be viewed and appreciated, but not emulated.  When I turn it back on them and suggest that maybe they’d like to be happily single, too, they usually stammer out an answer such as, “Single?  Me?  Oh, uh, no, uh, single is not for me.  I need a boyfriend.”  Why in the world if someone is offering you a way out of all your misery would you not want to even explore it?

There are three reasons women don’t want to change their thinking and decide that being single is actually okay.  First, you’d have to admit that you’ve been wrong all this time.  That finding someone to be in a relationship with is not the only way to be happy.  If you’ve thought this for a very long time, maybe even since you were very young, then changing this belief is going to be difficult.  You’re basically going to have to admit that your thinking has been wrong and who wants to admit they’re wrong?  Also, think about all the time and energy you’ve spent trying to meet people, dating, having relationships, suffering through breakups, talking about it all, thinking about it all, giving your all to this pursuit, and now you’ll have to admit that all of that time and energy was in vain?  It was all a waste?  Well, the beauty is that it wasn’t all a waste.  You’re the person you are today because of everything you’ve experienced.  All of that time “wasted” was actually preparing you for the amazing single life that you can have.  Changing your beliefs about being single is about more than just you, though.  The second reason women don’t want to accept being okay single is about the people around them.

Mom was wrong? What?

Your well-meaning parents probably painted a picture for you of a future that included growing up, finding someone great, getting married, having kids, and living happily ever after.  It’s not such a bad way to be, after all, and they thought they were setting you up for happiness.  The problem is that they likely didn’t offer any other options, so finding someone and living happily ever after has become part of your belief system.  It’s the part that was placed there by people you trusted and encouraged as you grew through the years.  As difficult as it is to admit that YOU were wrong, it’s easily as difficult if not more so to admit that your parents (grandparents, aunts & uncles, teachers, neighbors, etc) were wrong, as well.  It’s not that they were wrong in trying to steer you toward what they believed would bring you happiness, it’s that they were wrong in presenting it as your only option in that endeavor.  These are people you trusted and they never gave you any options.  That’s a tough pill to swallow.  It helps to remember that they were likely doing the best for you that they knew how, and that their own beliefs were probably instilled in them by their own caregivers and likely never challenged.  You’ll also have to potentially deal with the backlash when you tell them that being single is okay and they disagree.  Just know that you can forgive them for not really realizing that there are other ways to live a happy life than finding someone and getting married.  Once YOU realize this, though, then comes the hard part.  And this brings us to the third reason women don’t want to accept being okay single.

Yes, that’s right, once you accept that being single is okay, then not only do you have to realize that you’re thinking was wrong and the thinking of those you trust/trusted was wrong, too, but you’ll have to actually make some changes in your life in order to be happy.  No one likes change.  All the ways you think and all the things you do on a regular basis have gotten you this far, and you’re still alive, so why would you want to make a change?  Your brain knows this and therefore doesn’t want to make a change so it will fight you to not override it.  I had a friend once who was either an alcoholic or very close to being one.  She knew she was out of control with her drinking, anyway, and needed to make a change.  But she was comfortable in the life she had created for herself and her drinking hadn’t hurt her health yet, that she knew of.  What was uncomfortable for her was the thought of having to potentially give up drinking completely for the rest of her life.  It was uncomfortable to think about the friends she would lose because she was no longer a “drinking buddy.”  It was uncomfortable to think about what she would do with herself if her life didn’t revolve around partying.  Being the drunken life of the party was who she was and she was terrified to change that even if the alternative was so much better for her in the long run.  If you want to be happy as a single person, though, then change is what you must do.  First your thinking and then your actions.

When you open up your mind to other possibilities than the ones you’ve accepted into your belief system, and when you make the changes necessary to support your new thinking, you open up a whole new world for yourself.  Your entire focus can shift from finding happiness in an external source to finding it within.  It’s so much easier to be okay single when you depend on yourself for your own happiness rather than expecting it to be provided to you by someone else.  Your world become limitless!

I’d love to answer your questions and hear your comments.  You can email me at leslie@lesliekaz.com.