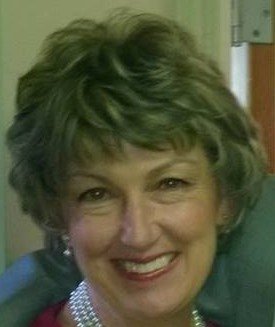 She gave up a good guy because he wasn’t the right guy.

Your Single Bestie: Tell us a little about your dating history. Were you ever married?

Linda: Yes, I was married for more than 30 years. My husband and I got divorced after our youngest child went off to college. He’d been cheating on me for years and the divorce was a long time coming, but it was still hard, of course. I had no idea how to be single or date, so I struggled at first.

YSB: Did you find dating enjoyable or were you just looking to quickly get married again?

Linda: Some dates were more enjoyable than others, that’s for sure. I used to keep the ladies in my neighborhood entertained with the stories. Online dating – it’s a whole different world. I wouldn’t say that I was necessarily scrambling to get married again. I mean, I kinda felt like I needed a break, you know, but marriage was all I knew so I guess the thought of being married again was comfortable.

YSB: You ended up in a long-term relationship at one point. What happened there?

Linda: Well, I left the Midwest and moved to Arizona, where I got a job as a school bus driver. Jerry was a driver, also, and we became friends. He was such a kind man and we had lots of laughs, so when he asked me on a date of course I said yes. We began dating and realized how much we had in common. I don’t even think we had a conversation about being exclusive, we just were.

YSB: What kind of man was he? What attracted you to him?

Linda: He was a really good man. He was always taking care of me. Not that I need to be taken care of, mind you, but he was very chivalrous. And he was always planning fun things for us to do. He liked to cook for me, too, especially when I’d had a long day at work. He really just cared a lot about me and wanted to make sure things were good for me.

Linda: At first we didn’t. He was recently divorced and I think the thought of re-marriage scared him. I was pretty happy in my new life in Arizona so I wasn’t as anxious anymore, either. But there came a time when one of my daughters and her family needed a place to stay for a few months while they looked for house, so they moved into my place and I moved in with Jerry.

YSB: How did that go, living together?

Linda: It actually went really well and that’s when we started talking about marriage. It never went farther than talking, though, because my daughter found a house and I was able to move back into my place. I realized that I missed the autonomy of living alone and having my own space.

Linda: Yes, until they didn’t. One day I finally realized what had always bothered me about him. He had all these other women in his life. He had a grown daughter who refused to grow up and seemed to need her father’s attention a lot. Because of this he was also in frequent contact with his ex-wife. And then there was the best friend, who was a married woman, but acted like Jerry was her boyfriend most of the time.

YSB: How did these “other women” make you feel? Did you voice your concerns?

Linda: I did. We had a long talk about it and Jerry reassured me that nothing was or would ever be going on with the best friend, and that his daughter (and hence ex-wife) were responsibilities for him. But he never agreed to stop spending so much of his time and energy on them.

YSB: Would you say you were jealous?

Linda: Not jealous, per se, I guess I was more insecure. I had spent a good part of my marriage playing second fiddle to other women and I wasn’t about to do it again. At the same time I wondered if that’s what the issue really was, that my own baggage was making me resent the other women in Jerry’s life and it really wasn’t his fault at all.

YSB: Did you seek counseling or try to “fix” what was in your head so you could get past it?

Linda: No, I actually didn’t. I decided that even though “other women” might be a trigger for me, it was up to Jerry to decide how important the other women in his life were to him. Were they more important than me? If so, we had a problem.

Linda: He made no attempt to distance himself from these other women, he only made attempts to hide them from me, and that’s when I decided it wasn’t going to work.

YBS: So, you ended the relationship? But he was such a good guy otherwise.

Linda: He never stopped being a good guy, but the point is, he wasn’t the right guy. For me. Painful as it was to walk away, being in a relationship, even with a good guy, wasn’t worth suffering with something I didn’t want. I went through a period of mourning, but I’m now looking forward to spending more time by myself, making new friends and discovering new things.

YSB: Will you date again?

Linda: Maybe. But if I don’t meet anyone I’m interested in dating, that’s okay, too. I have my family, friends and pets. What more do I really need?

YBS: Wow, you’re an inspiration. Most women would’ve gone to counseling or somehow tried to “fix” themselves so that they would fit into the good guy’s life. Kudos to you for realizing that giving up who you really are and what you really want for the sake of a relationship is no way to live.