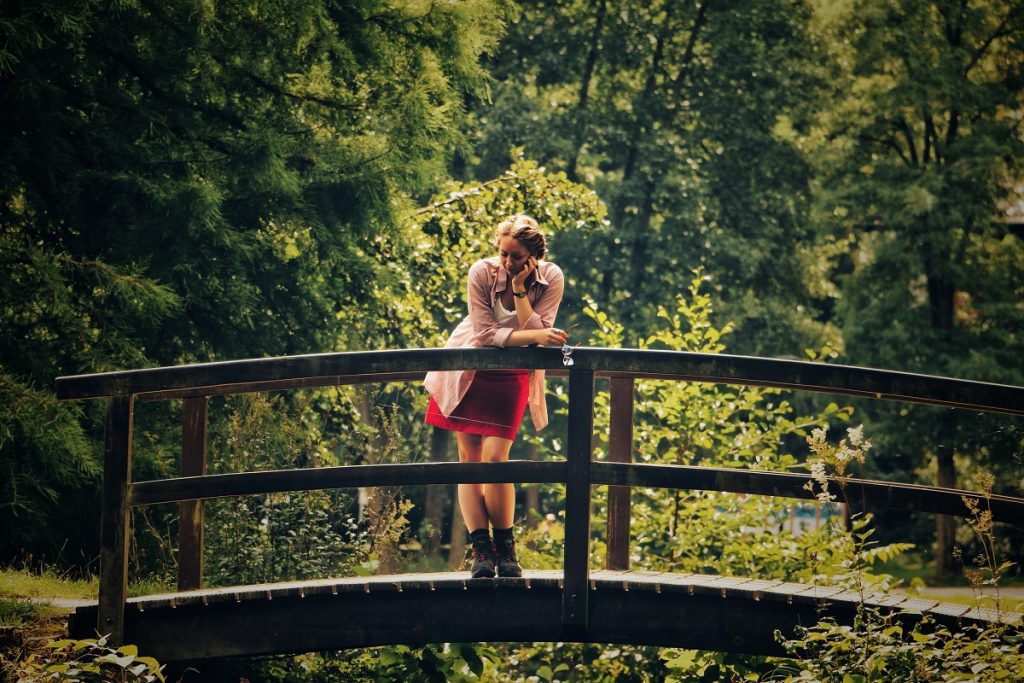 How much of this shame is self-imposed?

You’ve heard the buzzterm “single shaming,” but what exactly is it?  Single shaming occurs when someone tries to make a single person feel ashamed of being single.  Single is a circumstance, whether it’s one you’ve chosen or not, so how in the world can it be shameful to be single?  That’s like saying it’s shameful to have brown hair.  You might not like your brown hair and you might want to change it, but is it shameful to have it?  Of course not.  And it’s not shameful to be single, either, but since single shaming is such a hot topic, it clearly happens to single women all over the place all the time.  Individuals decide for ourselves how things “should be” in our worlds.  We decide what’s “normal” and anything outside of that is considered “not normal,” which usually carries a negative connotation.  This applies to single shaming because the majority of people in our society view being part of a couple as being normal.  It’s just the way it’s supposed to be according to our set of rules for adult behavior.  Therefore, your singleness just doesn’t work for other people.

Understanding it in order to get past it

Why do your friends and family feel the need to single shame you?  Chances are they’re not even truly aware that they’re doing it.  Usually when someone asks about your love life they’re generally interested in it and are hoping you have some “good news” for them because they want you to be happy.  Remember that couple = happy in our society even though we know that to be blatantly untrue much of the time.  But it’s helpful to remember that even though you may find questions about your love life to be invasive and uncomfortable, they’re usually asked out of care and concern, and not meant to inflict shame.  Sometimes, though, people are truly trying to shame you.  Women tend to be judged by our familial status more than anything other factor in our lives.  The first thing most women get asked is whether or not we’re married, followed by the question of whether or not we have kids.  The first thing men get asked is what they do for a living.  This will likely change eventually, but for now the antiquated notation that women need to be coupled up to be “normal” is still the prevailing belief.  People who are in relationships and attempt to single shame you are doing so to make themselves look or feel better.  Maybe they feel inferior to you in other ways, so they need to lord their coupled-up status over you by reminding you that you’re single and they’re not.  Their relationship may not be all that, either, so they comfort themselves with the fact that at least they have someone and you don’t.  Or maybe they’re just plain mean!  The thing to remember is that it’s not about you, it’s about them.

No one can MAKE you feel shame

We enjoy making single-shamers look like the villains of our psyches, but no one can actually MAKE you feel ashamed of your singleness.  Sure, it’s inappropriate, inconsiderate, annoying, or downright mean for someone to try to make you feel ashamed of being single, but the only way you can actually feel that shame is by allowing it.  You decide how you’re going to feel with your thoughts.  A comment about being single can affect two single women in two completely different ways because those two women think about it differently.  The reason you allow someone to single shame you is likely because you’re actually feeling that shame yourself.  It’s not about the person who made the comment or what was said, it’s about how you feel yourself about your singleness.  You’re operating under the same coupled-up-is-normal and single-is-not-normal rules that everyone else has.  So, it’s you that feels the shame based on your own thoughts.  You allow people to single shame you because deep down you agree with them that there’s something wrong with your situation.  You think you should be with someone, too.  You wonder if there’s something wrong with you, too.  You wonder if they’re right and you’re too picky.  You wonder what you’re doing wrong.  Having someone ask about it, especially in a snarky way, brings all of your negative thoughts about your single self to the surface, and that’s when you feel the shame.  When you’re single it’s easy to feel that you’re “less than” and that you’ve failed in some way.  Having someone else ask about your relationship status just bubbles all of these negative thoughts and emotions to the surface for you and then you get the happy task of dealing with them.  So, deal with them.  See them for what they are, which is untrue and based on someone else’s definition of what’s normal.  What society thinks and believes about you is not what you have to think and believe about you.

The next time someone tries to single shame you

What to do the next time someone says something like this to you:  “When are you going to settle down and get married already?”  “I just can’t understand why someone like you is STILL single.”  “Maybe you’re too picky.”  “Maybe you’re just not trying hard enough.”  “Don’t worry, someone will come along someday and then you’ll be happy.”  You’ve heard them all.  And these sentiments are from people who are supposed to love you.  People are so programmed to think, to believe, that a relationship is what we all want, what we should want, what we need, what will make us whole, that we feel inadequate if we don’t have one.  It’s changing your own thinking and emotions that sets you free.  You’re never going to get people to stop asking questions about your love life and looking down on you because you’re single.  When you change your own thinking about your singleness it allows you to hear these statements and laugh them off instead of going home and eating a pint of Chunky Monkey.  If you really want to know how to respond to people in the moment who ask you why you’re single, I’ve created a free download for you with my top twenty answers to this question.

Being single is enviable!

I want to end with a little mind twist for you.  What if all of those people who look down on you or pity you for being single are actually looking down on or pitying themselves?  What if their contempt or sympathy actually stems from a little bit of jealousy?  Or maybe a lot bit of jealousy!  Once you realize these things, you see what coupled-up people see about you that you don’t currently see.  When single women look at couples, we see all the good things about being in a relationship and we feel bad about what we don’t have.  Don’t you think couples do the same thing?  The grass is always greener, right?  Your married friends are looking at your singleness and seeing all the good things about it that they don’t have!  Then they feel the need to single shame you to make themselves feel better.  When you start seeing what they see, and appreciating these things, that’s when you’ll truly have broken the cycle of single shaming.

Don’t get caught off guard again when someone asks you why you’re single.  Get your “20 Answers to Why are you Single?” free cheat sheet and always know what to say.