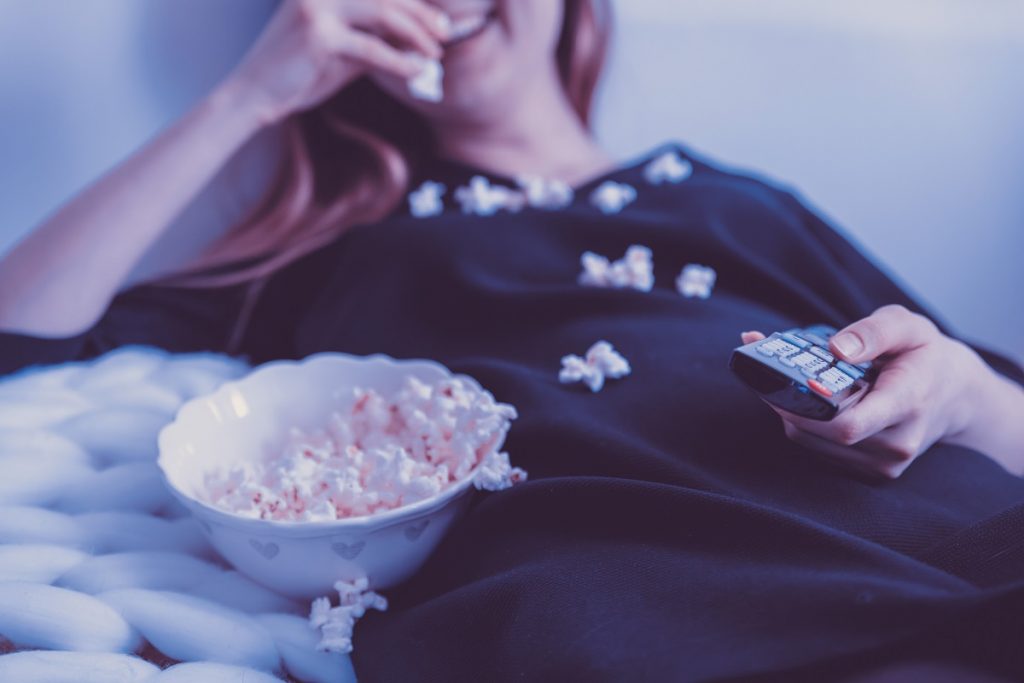 Inspirational (and fun!) movies for the single girl.

What do you do when you need a little inspiration?  If you’re like me you find a book on the topic with which you’re struggling and you read it cover-to-cover as quickly as you can.  There are also blog posts you can skim through and all sorts of topics you can search to see what the Google gods can come up with for you.  But if you’re looking for a quick boost and don’t have the energy to either read or search, one of the best ways to get inspired is to watch a movie.

There are so many great inspirational movies out there and some of them aren’t even trying that hard to be that way.  If I look at my DVD collection, I have a lot of woman-empowerment movies, but instead of being dry-as-toast documentaries about real live amazing women who have single-handedly taken down big corporations or saved entire species, I have the light-hearted, entertaining kind about fictional women who are like you and me and have struggled just to find their way in life.  Not that the documentary-style movies aren’t great and also crazy inspirational, but what if you just want something that’s going to inspire you to live a better life while giving you a couple hours of good, fun entertainment?

What I realized in glancing at my DVDs is that the majority of my woman-empowerment movies are also single-woman-empowerment movies.  Now, granted, Hollywood loves a fairytale ending, so most of the single women do meet their prince in the end, but is that such a bad thing if he’s their true prince?  Plus, the trials and tribulations that these women go through are the inspirational part, the prince is just the cherry on top.  So, grab your popcorn and give my 9 best movies for single women a watch.

One part inspiration, and you can skip that perspiration part

Under the Tuscan Sun – This movie begins with a woman being unceremoniously kicked to the curb by her husband, who cheats on her and then leaves her for the “other woman,” taking most of their marital money with him.  She finds herself on a tour in Tuscany, by herself, where she realizes she can’t go back to her previous life.  She then embarks on a journey of risk and loneliness, but finds her strength and becomes a new person in the process.  Key takeaway – This single woman makes some ballsy decisions and fights her way through the sadness to create a great life for herself that she never imagined living.

Legally Blond – A lighthearted and sometimes silly account of a young woman who is also unceremoniously kicked to the curb, by the man she thought she was going to marry.  She then makes the decision to do everything she can to get him back, but in the process she becomes a greater person than anyone ever expected her to be, including herself.  Key takeaway – This single woman challenges herself to do more and be better than she ever dreamed she could be, while persevering through setbacks, and negativity and discrimination from others.

Waiting to Exhale – The story of four female friends, all at different stages in their lives, and their common quest to figure out who they are in spite of the different relationship hands they’ve been dealt.  There’s the recent divorcee whose husband left her for another woman, the divorced single mom who’s facing an empty nest, the long-time single woman who’s had a relationship with a married man for years, and the young single woman just trying to figure out life.  Key takeaway – these four friends support each other through the ups and downs, are always there for each other, and three of them actually find happiness on their own.

Sex and the City (the movie) – The continuation of the television series and another story of four female friends, the main character finds herself at the altar when something unexpected happens.  She then reinvents her life and herself.  Through all her struggles she is supported by her friends as she supports them through their challenges.  Key takeaway – the main takeaway is the main character’s perseverance through personal tragedy, but a side takeaway is that while each of the character’s main goal is finding love, one of them actually gives up love because she realizes that she loves being on her own more.  A happy ending, but not in the usual way.

Bend it Like Beckham – This movie is about a young woman who is a tremendous athlete, but her parents won’t let her play because it goes against their cultural customs.  She risks punishment and condemnation in order to pursue what she knows is her God-given talent.  She goes against the values that she’s been taught and resists the life that has been planned for her because she knows there’s something better.  Key takeaway – the main character knows how to go for it and she never lets anything cloud her vision, even a love interest who could prove to be a distraction.

The Last Holiday – After a single woman who leads a humdrum but responsible life gets some life-altering news, she decides to start living like there’s no tomorrow.  She hops a plane and never looks back, jumping into adventure after adventure and pampering herself every step of the way.  Key takeaway – what this woman learns about herself and about life is that she should’ve been living this way all along, taking risks, having fun, experiencing things and really LIVING.

Secretariat – While the main character in this movie is actually married, she’s living separately from her husband while taking care of some family issues.  She follows her gut and takes a huge risk with her family’s business, then must do everything she can to support her decision and make it a success, all while being advised by others (all men) to go the safe, sensible route.  She faces gender discrimination and her own insecurities while putting on a brave face for the world around her.  Key takeaway – this woman has the intestinal fortitude to risk financial and reputational ruin in order to follow her instincts and stand up to the men around her in the hope of realizing amazing success.

Steel Magnolias – Six women come together in a small, southern town to support and care for each other.  Some of them are married, some widowed, some divorced, and they convene at a small hair salon.  They take care of each other through everything and are there for each other no matter what, especially when tragedy strikes.  This movie really portrays the bond between women and how important we are to each other.  Key takeaway – as the title may give away, these six women have tremendous strength and prove which one is really the stronger sex.

Flashdance – An oldie but goody, this is the story of a young woman who desires more from her life, but is afraid to try.  Her female mentor finally convinces her to reach for the stars and she finds herself having to do it alone when the two people closest to her fall out of her life.  Key takeaway – after mustering up the courage to go for it, this woman faces tremendous fear and loneliness in order to realize her dreams, but she faces it down all on her own.

What are YOUR top movie picks for single women?

I hope you enjoy the movies on this list and get some inspiration from them as you pursue your happy single-girl life.  Let me know what your favorites are and if you have any others that you think should be on this list.  I’m always looking for an excuse to make popcorn!