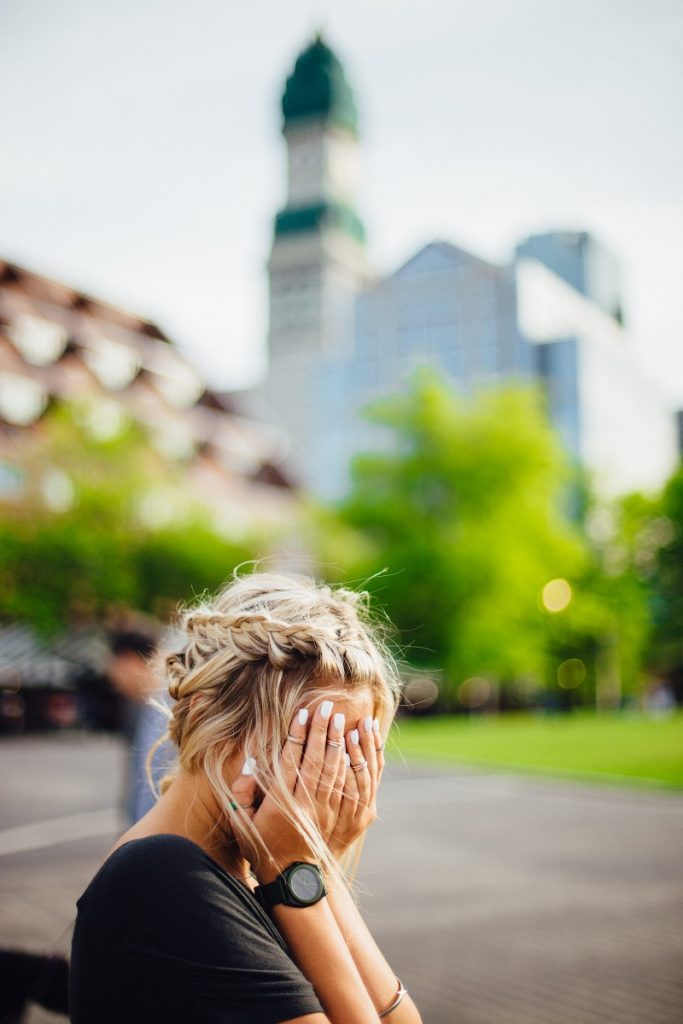 I Don’t Want to be Happy Single

I just want to find someone already!

I can remember a time in my life when the thought of accepting my singleness and becoming happy on my own without a mate was something I would’ve thought impossible.  It was something that challenged every fiber of my being and likely challenges yours, as well.  We’re not brought up to think that being single is desirable, especially for women.  We’re brought up to think that we’re going to find someone great and he’s going make everything all better.  We’re brought up to think of ourselves as “less than” or “not whole” if we don’t have a romantic partner.  We’re told that if we just stop being so picky or start putting ourselves out there more, our “better half” will come along.  We’re told that if we’re just patient and kiss the requisite number of frogs, one day our prince will come along.  And we’re taught that if we pray hard enough or visualize our perfect person showing up in our lives, then show up he will.

Maybe it’s true and that actually will happen, but what do we do in the meantime?  What if takes five years or ten years or twenty?  Are we supposed to be miserable that whole time?  And what if it never does happen for whatever reason?  What then?  Are we supposed to spend our entire lives pining for some mystery guy who doesn’t actually exist?  I decided that despite what our culture tells us to believe, I wasn’t going to sit around waiting for someone to come along in order to start living my happiest, best life, and wasn’t going to keep wasting all my thoughts, time and energy embroiled in The Endless Search for a mate.  Below is an excerpt from my new book, “Single Girl Bliss:  How to Stop Feeling Alone and Start Feeling Alive,” that deals with the resistance to being happy single.  You can get the book at https://amzn.to/2pI7lv7 or https://lesliekaz.com/book.

My mom gave me the book, “Chicken Soup for the Single’s Soul.”  Like the other Chicken Soup books, it’s a compilation of short stories by various authors.  I found this book to be quite comforting and have read it many times over the years.  But the very first chapter in the book is something I avoided like the plague, even the first time I read it.  It’s called “Single and Happy.”  What?  Single and happy?  I don’t want to be single and happy, I want to be married and happy.  When all I’m looking to do is get into another, better relationship, why in the world would I want to read about being single and happy?  Besides, those two things are mutually exclusive.  In other words, you can’t have one AND have the other.  Or so I thought.  So, I skipped over that chapter entirely, not daring to read just one of the stories within or even ponder the title of the chapter for too long.  I went on to the dating chapters, the single-again chapters, and the doing stuff for others chapters.

I’m not sure when I actually let myself delve into chapter one.  It could’ve been after my breakup with Frog #38 when I pretty much decided I was NEVER going to find Prince Charming, even though that didn’t call off The Endless Search entirely.  What I found in that forbidden chapter was hope.  Here were the stories of several people who truly were happy being single.  Some of them chose to be single, while others were more or less thrust into it by playing relationship musical chairs over the years and coming up the last man/woman standing every time, like me.  I still hadn’t given myself over completely to being happy on my own, but it was comforting to know that there were others out there who had and they were doing just fine.

Several years later when I finally decided that being single and happy was the thing for me, I revisited chapter one.  Now, not only did I find hope in those pages, I found kindred spirits, people who GOT IT, people who didn’t believe that they would die if they didn’t find someone or would at least end up a miserable, lonely old spinster.  They had given up The Endless Search as I was doing and were reaping the liberation of letting it all go.  I still read that book from time to time and chapter one is one of the only chapters I read.  I’m still interested in doing stuff for others and I find the single-again chapter comforting, but I skip completely over the dating chapter.  What?  Dating?  When I’m so happy on my own, why in the world would I want to read about dating?

My suggestion is to make a life plan for yourself on your own.  Make a Single Girl Bliss plan and be committed to fulfilling that plan for yourself so that you can have the things you want in life.  I’ve said before that you need to order up what you want from the Universe and that you need to be very specific.  Then you need to focus your thoughts on what you’re ordering up and take action to make it so.  So, if you order up a happy single life, does that mean you’re telling the Universe that you’re totally committed to being single?  No, of course not.  Being single is your circumstance.  You’re not focused on being single, you just are.  What you’re focused on is creating the thoughts and beliefs that will create the mindset of being happy.  Then taking the actions to create your best life.  You just happen to be single while doing this.  It doesn’t doom you to a life of singleness.  In fact, it creates a life for you in which you’re so happy that how could the Frogs not want to get with that?  Then, if you decide one day that one of the Frogs is worthy of your magical kiss you’ll be happily ready to receive your prince.  And if not, then you’ll be damn happy on your own and let me tell you, it’s an awesome way to be!

I’d love to answer your questions and hear your comments.  You can email me at leslie@lesliekaz.com.  And if you liked what you read, please keep reading by getting the whole book on Amazon at https://amzn.to/2pI7lv7 or by visiting my website at https://lesliekaz.com/book.