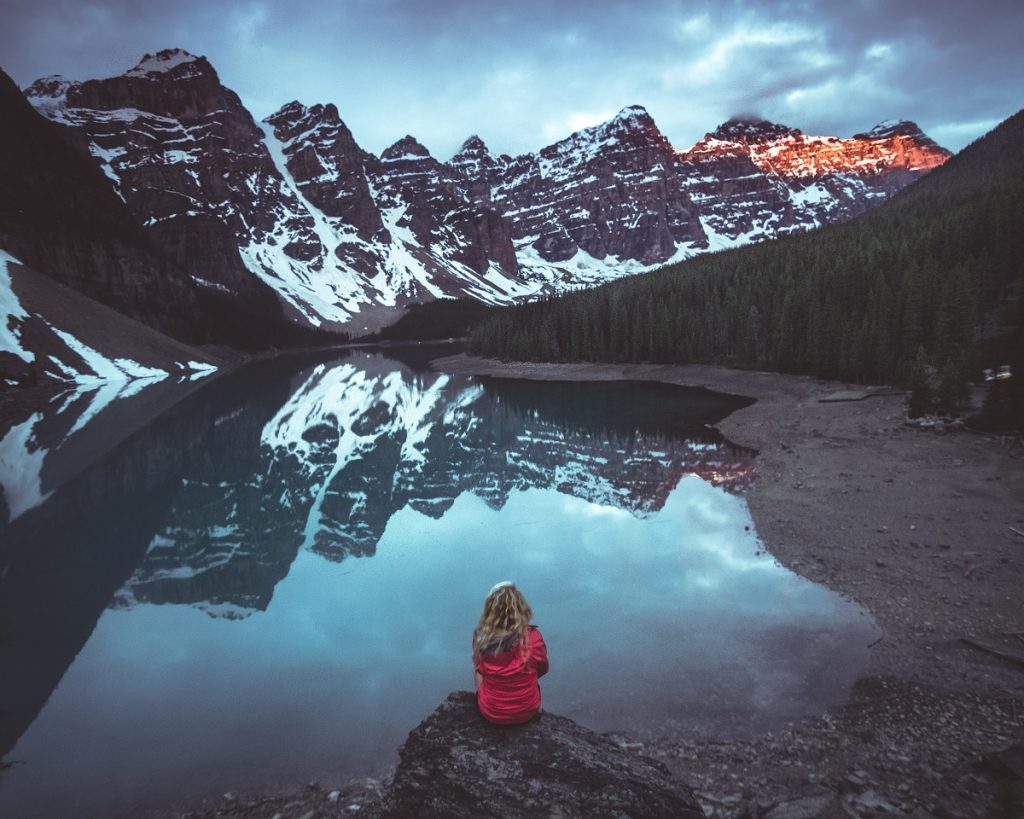 How to Get Over An Ex

Put your past behind you so you can move forward

I spend a lot of time talking and writing about how to stop being miserably single and get happy on your own, but I want to back up a little this week.  If you’re fresh out of a relationship or you just can’t seem to get past your last one, you may not have even reached the point of being miserably single and instead you’re still miserably obsessing over someone or something that you’ve lost.  This is perfectly normal, but you don’t want it to go on for too long or you risk wasting precious time that you could be using to create an amazing life for yourself.  Anyone who’s ever completely gotten over someone looks back on the period that they spent agonizing over the details and beating themselves up, and wishes they wouldn’t have wasted so much time.  That’s not to say that the mourning process isn’t warranted and healthy, it most certainly is, it’s what exactly you’re mourning that’s important.

When a relationship ends, you’re supposed to be miserable, especially if the other person was the one who ended it, but even if you were the one.  You’re supposed to go through the grieving process.  You’re supposed to keep your friends on the phone for hours while you cry it out and ask them a million times what’s wrong with you.  You’re supposed to think that you’ll never find anyone else and you’re going to feel this way for the rest of your life.  You have to get through this initial stage of loss in order to get through the rest of the stages and recover.  When I run across a woman who’s just gotten out of a relationship and she’s acting as if nothing has happened, I think the relationship either didn’t mean anything to her or she’s a ticking time bomb that’s going to explode any day now.  So, stay in bed all day if that’s what you need to do.  Do nothing but work, sleep and eat ice cream.  Think that all is lost for a period of time, but make sure it’s only a short period.  I used to give myself two weeks.  It’s different for everyone, of course, but two weeks was all I could stand feeling this way and then I had to start feeling better.  When you get sick and tired of being sick and tired, that’s when you’ll know it’s time to start recovering.  Click here for a free download on the 5 stages of grief as they relate to a breakup.

Acceptance is the first step to recovery

Acceptance is hard.  It shouldn’t be, right?  You should be able to get past the shock and hurt of losing a relationship, and then go, “Okay, that’s over and it sucks, but it’s time to start looking forward and getting on with life.”  That’s not the way it works, though.  And the reason it doesn’t work that way is because of what you make the breakup mean about you.  Breakups are the epitome of rejection.  Someone had you and they let you go.  Or they didn’t bother to relish the fact that they had you so you had to let them go.  Either way, it’s rejection.  And rejection comes along with a whole slew of negative thoughts that you can internalize.  I didn’t try hard enough.  I shouldn’t have said that.  If only I hadn’t gained weight.  I shouldn’t have pushed for a commitment.  I shouldn’t have been such a bitch all the time.  If only I were prettier, smarter, cooler, more secure.  I really am unlovable and I can see why!  Yikes!  Even if you were the one who ended the relationship because you weren’t getting what you needed, you’ll tell yourself that he wouldn’t give you what you needed because of one of the reasons above.  Accepting that relationships end all the time and that the only thing it has to do with is the fact that it wasn’t the right relationship is going to allow you to stop blaming yourself and move on.  There’s nothing wrong with you just because your relationship ended, there was only something wrong with the relationship.

A pitfall you may experience along the path to recovery is thinking that this guy truly was THE one and you’ll never find anyone like him ever again.  It’s easy to focus on the good things about someone when you’re mourning the loss of that person.  Everything really was perfect and not only was it your fault that it all ended, but you’ve got to do everything you can to get it back.  This is where you need to get real with yourself and start remembering the bad.  If the relationship ended, then there was bad.  Don’t gloss over it.  In fact, bring to the surface like a big ol’ submarine!  Remembering all the bad times or mean things he did to you or serious character flaws he had is going to make you see the relationship (and him) for what it was.  Sure, there were good times, if there hadn’t been then you wouldn’t have been there.  But there were also bad times and you can now be grateful that you’re not dealing with those anymore.  If you’re still struggling with how to put this guy behind you, remember this.  He had you.  He had wonderful, amazing, beautiful you, and he chose to let you go.  Let me repeat that.  He had you and he chose to let you go.  Why would you waste your time obsessing over someone who didn’t think the world of you and make it known every single day?

In order to put it all behind you and start moving forward, really moving forward, you’ve got to stop thinking about and obsessing over this person!  Every time you catch yourself thinking about him, start thinking about something else.  Every time you start to bring him up in conversation, stop.  Stop following him on social media, unfriend him, and every time you post something hoping to show him exactly what he gave up, don’t bother.  He doesn’t care and it makes you look desperate.  Focus on living your own life the best way possible.  Focus on your newfound freedom and all the things you don’t have to put up with anymore.  Focus on the fact that you get to call your own shots and be whomever you want to be without having to run it past someone else first.  Sure, it’s okay to mourn the loss of something that was important to you, but chances are it’s not even HIM that you’re mourning.  It’s the loss of a life you thought you were going to have.  You probably had it all planned out in your head and now it’s gone in an instant.  That’s okay, you can make a new plan.  Was the life you had planned out with him perfect?  Maybe in your head, but not in reality if you’re not still together.  You now have the opportunity to create that perfect life for yourself.  Okay, nothing is ever perfect, but you get to have exactly what you want now, no compromising, and that’s one of the most powerful things you’ll ever experience.  So, put the past behind you where it should be and focus on your amazing future instead!

If you need more help understanding where you are in grieving process, get your 5 Stages of Grief as they Relate to a Breakup free download.