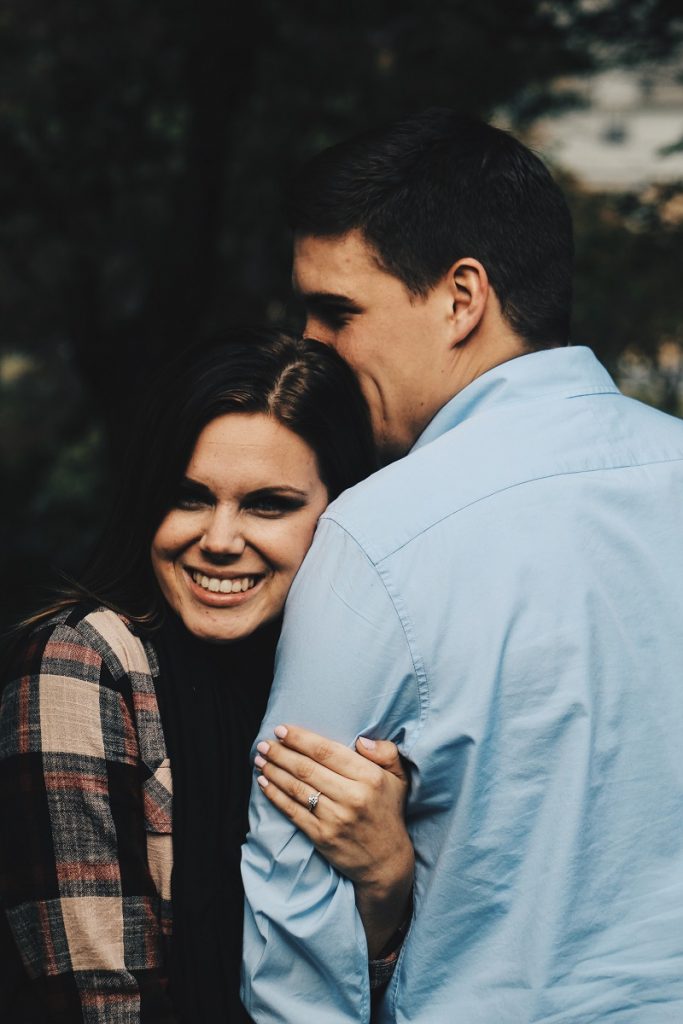 How to Deal with Married People

“If you change the way you look at things, the things you look at change.” – Dr. Wayne Dyer

Society does a great job of letting us know when we fall short.  It’s where the term “Keeping up with the Joneses” came from!  If you don’t make enough money, have nice enough things, have a size 2 body, or have the perfect spouse and family, you’re definitely inadequate in some way.  And society seems to LOVE to gang up on the singles of the world.  Finding someone to happily spend the rest of your life with isn’t even a choice, it’s just what’s expected of you.  But aside from all of the ways society seems to taunt singles, what probably gets to us the most are the attitudes about our singleness from the people we know well – our family, friends, coworkers.  “When are you going to settle down and get married already?”  “I just can’t understand why someone like you is still single.”  “Don’t worry, someone will come along someday and then you’ll be happy.”  We’ve heard them all.  And these sentiments are from people who are supposed to love us.  We’re so programmed to think, to believe, that a relationship is what we want, what we should want, what we need, what will make us whole, that we feel “less than” if we don’t have one.  It’s getting past that feeling that sets you free.  It’s changing your thinking about your singleness that will allow you to hear these statements and laugh them off instead of going home and eating a pint of Chunky Monkey.

Here’s a little mind twist for you.  What if all of those people who look down on you or pity you for being single are actually doing it for a reason that’s not even about you?  What if their contempt or sympathy actually stems from a little bit of jealousy?  Or maybe a lot bit of jealousy!  Once you realize all the good things there are about being single, you see what coupled-up people see about you that you don’t currently see.  When we single women look at couples, we see all the good things about being in a relationship and we feel bad about what we don’t have.  Don’t you think couples do the same thing?  The grass is always greener, right?  Your married friends are looking at your singleness and seeing all the good things about it that they don’t have.  It’s time for you to start seeing those things, too!

Keeping up with the (SINGLE) Joneses!

I had a couple of married friends be really honest with me about this one evening several years ago.  We were on a girls’ weekend in the mountains and we went to a bar the first night.  A tall, young, handsome stranger had asked me to dance.  I really didn’t want to dance because it was country dancing and I didn’t know how.  But of course, since I was single and he was hot, all my “friends” shoved me out onto the dance floor with him.  We single girls have all experienced this humiliation at least once.  After embarrassing myself on the dance floor for a while for the entertainment of my friends, I realized that this handsome young stranger was actually a nice guy.  Patient with my lack of dancing ability, anyway.  We hung out for the rest of the evening in the bar, and exchanged numbers and made plans to try to see each other again before the weekend was over.

The next day we were texting back and forth all day and made plans to meet after our respective group activities were over for the evening.  He was staying at the same hotel as some of the girls on our trip so I told him I’d meet him in that hotel’s lobby bar.  He wasn’t there when I got there so I made two of my friends, both married, sit with me until he got there, in case he didn’t get there.  They both confessed to me that they were so dang jealous that I was getting ready to potentially hook up with this young stud.  They talked about how exciting it was and how adventurous.  They told me how lucky I was.  Lucky?!  Are you completely cray?  I agreed that it was fun and exciting, but told them that I would give all that up to have what they had – stable, long-term relationships.  I was then pelted with a barrage of reasons from them on why being single is so much better than being in a relationship.  Here I was spending every day at that time in my life being jealous of the married Joneses, while they were spending their time being jealous of me!

Your grass is as green as you make it!

What single women fail to realize is that being single is cool.  It’s damn cool!  It’s just as cool, if not cooler, than being in a committed relationship.  See, your married friends know this.  The reason they sometimes look down on your singleness is because they have jealousy of your situation, in the same way that you have jealousy of theirs.  I’m reminded of the term “smug marrieds” from the “Bridgette Jones’s Diary” books.  And if you’re not only single, but single and happy, single and livin’ it up, single and free to do whatever (and whomever!) you want, then you’re like the prom queen that every married loves to hate.  Not only that, you’ve accomplished something that they haven’t.  You’re getting through life on your own and you’re doing it like a rock star.  You’re earning your own money, taking care of your own home, going on your own vacations, and doing it all just exactly the way YOU want to!  Society wants you to feel that you’re not allowed to be happy as a single person, that you’re not “keeping up.”  Because if you are then you’ve done something that they either believed they couldn’t do or simply wouldn’t do.  Now who needs to do the keeping up?