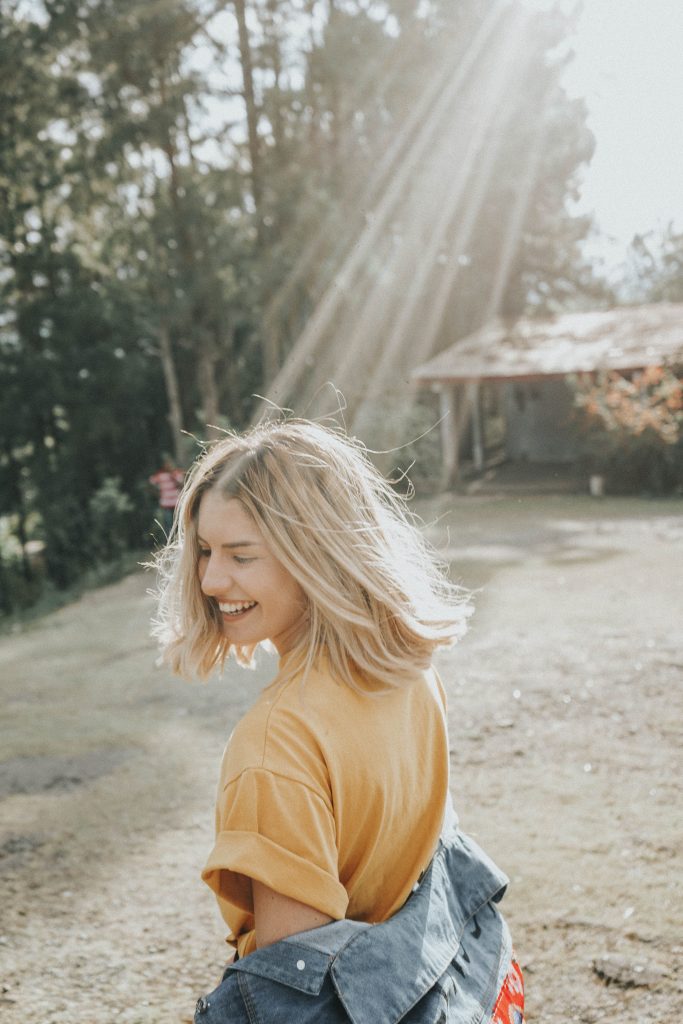 How to be Happy With Yourself

There is nothing wrong with you just because you’re single!

Today I wanted to share with you an excerpt from my recently released book, “Single Girl Bliss:  How to Stop Feeling Alone and Start Feeling Alive.”  The book is all about how to be happy with yourself.  The excerpt is from the second chapter, which is titled, “Awful, Untrue, Limiting Thought #1 – There’s Something Wrong With Me.”  Please enjoy reading this little snippet of my book.  You can get the whole book on Amazon at https://amzn.to/2pI7lv7.  It would make a great holiday gift for a single-girl friend, as well!

If you’re thinking that there’s something wrong with you because you’re STILL single and can’t seem to find someone, how does that make you feel about yourself?  Well, it probably makes you feel inadequate, weird and different from everyone else.  Unattractive, stupid, boring, too tall, too short, too fat, too thin, perpetually having spinach in your teeth, the list goes on and on.

One of the most difficult things we all have to deal with in life is rejection.  We’ve all been rejected by someone at some point in our lives.  Romantic rejection seems to top the charts, though, when it comes to bringing about feelings that there’s something wrong with us.  For example, if you read the introduction then you know that I didn’t date in high school.  And it wasn’t for lack of wanting on my part.  I wanted nothing more than to be picked up by some boy in his dad’s car, taken to a movie and dinner at Chili’s, and then awkwardly kissed and groped before being deposited back at home by curfew.  The boys just weren’t interested in me.  What was wrong with me?  I was outgoing, smart, funny, energetic, had a lot of friends, and was involved in things like sports and student council projects.  I was also 5’9” tall, with a sturdy, Eastern-European frame and about 15-20 extra pounds, which in high school might as well be 1,000 extra pounds.  And while not unattractive, my face probably wasn’t going to win any pageants.  In other words, I wasn’t the cute, little girl that every guy wanted to date.  But did that mean there was something wrong with me?

The most detrimental thing about thinking that there’s something wrong with you because you’re single, other than being completely untrue, is that it causes you to have negative feelings about yourself that then cause you to act in ways that don’t get you what you want.  In order to get what you want in life (happiness, fulfillment, ass-kickery), you have to believe that you’re worthy of it, first and foremost.  For example, if you think that you must be unlovable since you’re still single, then not only do you think you’re unlovable to men, but you probably also think you’re unlovable to your friends, your family, the lady who does your toes, the checker at the grocery store, the whole damn world!  If this is true then you feel unworthy as a human being.  And if you feel unworthy as a human being, is the Universe there to help and support you?  Do you celebrate your singleness in all its glory?  Do you run out there and try new things and meet new people and have a blast while doing it all?  No, you probably sit at home watching Netflix with the cats.  (Side note – there’s actually nothing wrong with sitting at home watching Netflix with the cats.  Trust me here.)  But these feelings of unworthiness caused by the thought that you’re unlovable have caused you to live a lesser life than you know you want and are capable of.

I’d love to answer your questions and hear your comments.  You can email me at leslie@lesliekaz.com.  And if you liked what you read, please keep reading by getting the whole book on Amazon at https://amzn.to/2pI7lv7.