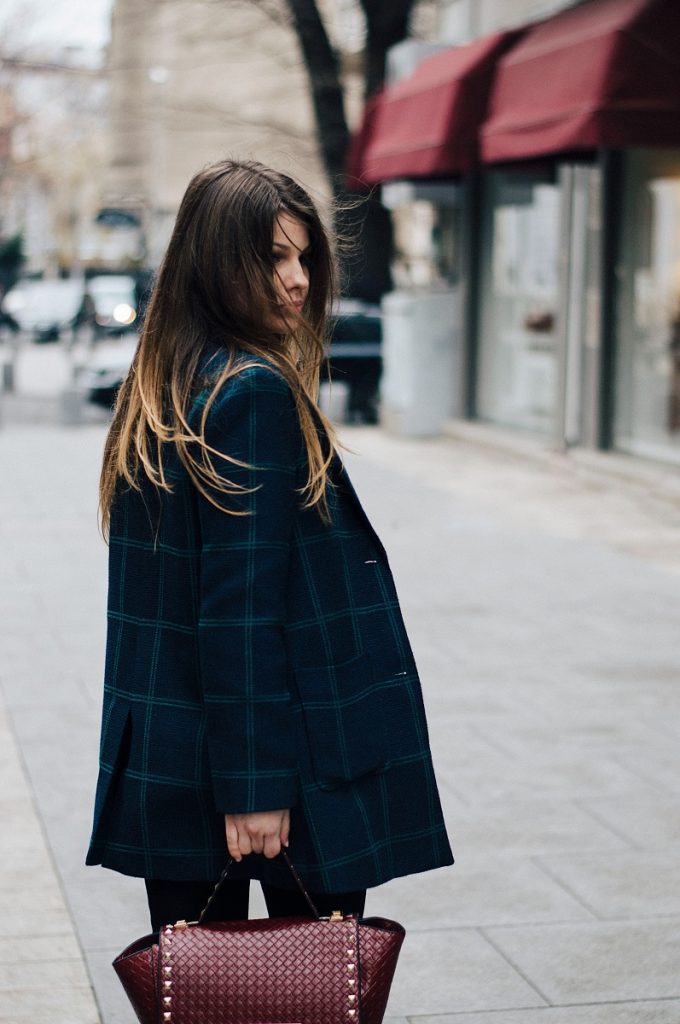 Happy with Yourself Inside and Out

It’s not really about looking good, it’s about feeling good!

Now that the world is starting to get back to normal, and we’re starting to leave the house again and be seen by other human beings, I thought it was appropriate to talk a little bit about making the transition from looking like a bag lady on a daily basis back to looking like a productive member of society.  If there was one really good thing that came from quarantine, it was the luxury of not having to tend to your appearance for weeks.  No hair, no makeup, no cute outfits, no heels, no bra, no shaving.  I’m sure some of us didn’t even take a shower every day (I know I didn’t – tee hee!).  I’ve actually had this low -maintenance lifestyle for several years, as I’ve worked from home for that long and have rarely had to leave the house if I didn’t want to.  But when I worked in an office every day, I used to look pretty good.  My hair was always nicely quaffed, I had full makeup on, I took the time to wear nice, professional outfits, heels, jewelry, a BRA!, and I never left the house without perfume.  It was a lot of work to do all of that, but it was just something I did and I didn’t really think twice about it.  I was recently reminded of why it’s not such a bad thing to look your best even when you don’t have to.  It’s not really about being happy with the way you look, it’s about being happy with yourself.

Letting yourself go may take less effort, but…

Because I work mostly from home, it’s really easy to get up in the morning, don a pair of ratty old sweatpants and a t-shirt, throw my hair up in a bun (scrunchie, anyone?), and not bother with a dab of makeup.  Sound familiar?  The cats don’t give a rip what I look like as long as they get their treats, so no harm no foul.  This is true as long as it only happens on days when I’m not going to set foot outside.  But I’ve found recently that I’ve started getting more and more lax about how I look even when I am going to be viewed by other human beings.  And this was going on even before COVID.  I had convinced myself that it’s more important to be comfortable than it is to look cute in those 5” heels.  And who cares what my hair and makeup look like, it’s what’s on the inside that’s important, right?  Well, a few months ago I took a “girls’ weekend” trip and here’s what happened to me while I was sitting in the airport.

I made sure to get to the airport good and early so that I could have lunch at one of the hip new eateries cropping up on all the concourses.  So, I’m sitting there by myself eating my $40 sliders and glass of wine (really?!), when I start to notice all of the people around me.  Most of the women were well-dressed, accessorized, had their hair done and were wearing makeup.  Granted, I was in an establishment so proud of itself that it feels it can charge $40 for a couple of sliders and a glass of wine, but still, I felt like a total hag sitting there.  I could certainly do better than this!  I hadn’t showered, my hair was sticking out the back of my baseball hat in a messy bun, and my outfit consisted of an oversized knit t-shirt, shorts, and flip flops.  To top it off I managed to drip curry sauce onto my shirt, which was glaring yellow against the light grey backdrop.  The perfect ending to a perfect look.

I left the restaurant and made my way to my gate, where I found a seat and proceeded to cover up the curry stain with a magazine that I pretended to read while surveying the crowd.  Sure enough, here was a lady a few seats down from me completely dressed to the nines in a casual sort of way.  She was wearing dark jeans, a crisp, white blouse, a suede jacket, a bejeweled belt, and super cute booties.  Her hair, makeup and accessories looked great, too.  I immediately determined that she was the kind of person who took pride not just in her looks but in her SELF.  She was the kind of person who commanded respect and got it.  I determined all of this just by looking at her.  I then looked down at my stained t-shirt, shorts and flip flops, and I immediately wanted to trade places with her.  How I looked was affecting how I felt about myself!  Now, does this mean you have to get all dolled up just to sit at home and watch Netflix so that you can feel good about yourself?  No, of course not.  Sweats and top buns have their place, for sure.  But putting your best foot forward appearance-wise when you go out into the world is not really about looking good for other people, it’s about feeling good for yourself.

Don’t let yourself go, for the sake of YOU!

One of my male coworkers at my last office job used to tell me that I looked like a rock star.  Not sure if that violates the “Me Too” movement or not, but I took it as a compliment.  I was always dressed up, always had nice-looking hair and makeup, and always had heels on.  He was right, I did look like a rock star, and sitting there in the airport I looked like a dumpy housewife.  What’s worse, I FELT like a dumpy housewife.  Just because I don’t care what men think about the way I look anymore (which is so freeing, by the way), and I don’t care how other people judge the way I look, doesn’t mean that what I look like shouldn’t matter to ME anymore.  I take pride in myself, in the way I think about things and what I’m doing in the world.  Shouldn’t I also take pride in the way I look?  I decided right then and there, while sitting there in my curry-stained t-shirt, that I would look my best in public from then on.  It’s not about putting on airs for other people, it’s about feeling your best for YOU and reserving the ratty old sweats for the cats only!

Yep, we all got to experience the luxury of the low-maintenance appearance for a while and it was nice to just be lazy about it while it lasted.  The problem is that for most of us how we look on the outside at least somewhat determines how we put ourselves out there into the world.  So, ask yourself this question – Who do I want to be in the world?  Then dress accordingly.