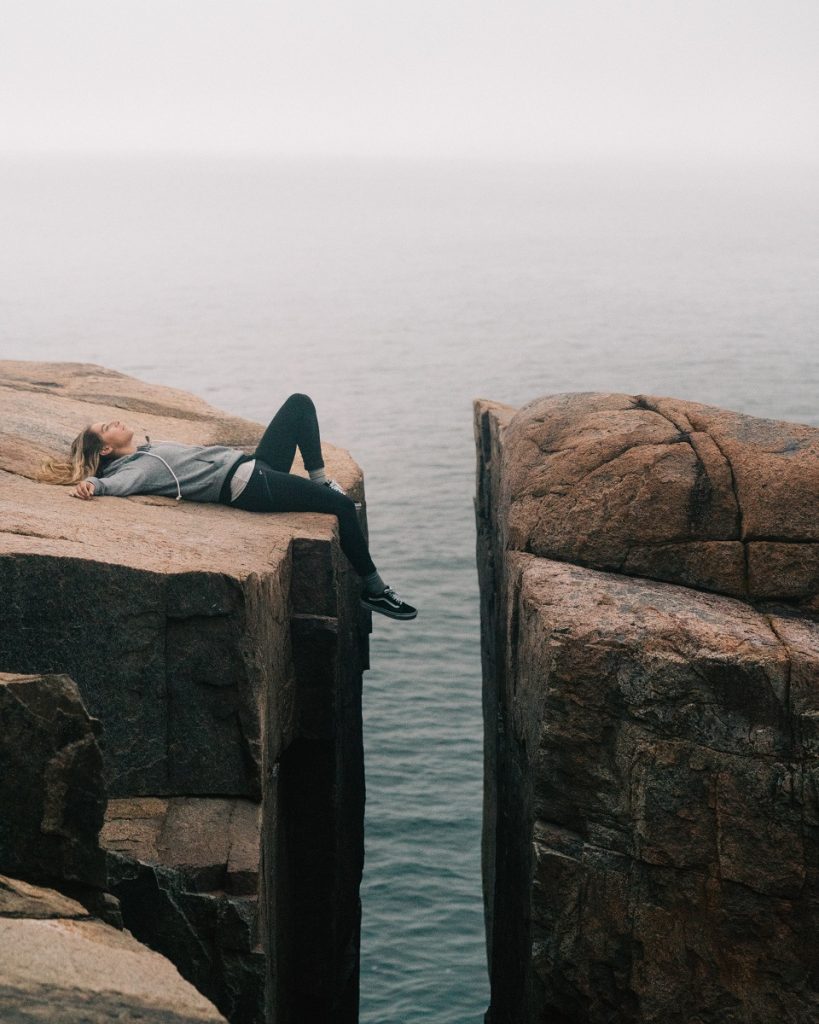 Be Okay Being Alone

How to Enjoy Your Own Company

A huge part of being happy on your own is learning how to enjoy your own company.  I’m sure you’ve heard the expression, “If you enjoy your own company you’ll never be alone?”  So, it stands to reason that never again feeling like you’re alone would make it okay to actually be alone, right?  Frequently when we’re not in a relationship we feel like we don’t have anyone to do things with or just share our day with.  Especially if we’ve just gotten out of a relationship and we’re used to having someone there all the time.  It may even be difficult to get through the daily activities of waking up alone, eating breakfast alone, coming home to an empty house, eating dinner alone, watching TV alone, and going to bed alone.  Not to mention things like grocery shopping, running errands, going to the movies, eating out, going for a hike, and even travelling.  You’re faced with a long weekend, no plans, and have no idea what you’re going to do with yourself.  Where’s the first place you’re likely to turn?  No, not wine.  Okay, maybe wine, but the answer I’m really looking for is friends and family.

There’s no place like home, even if your name’s not Dorothy

When I first moved to “the big city,” I was 23 years old, going through a divorce, didn’t know anyone, and had never lived alone.  In fact, I had never really been alone, period.  I went from my parents’ home, to the dorms in college, to an apartment with my boyfriend, to a bigger apartment when he became my husband, back to my parents’ home after I left said husband, and now here I was in a new city, in an apartment of my own, knowing no one, and not even having a job.  I absolutely hated being alone and after only a couple weeks of it I started making plans to move back in with my parents once my lease was up in a year.  Then I thought maybe I could find a roommate instead.  Then I thought maybe I’d meet someone, we’d get married, and he and I would live together.  I imagined every possible scenario to not have to be alone anymore.

After a few weeks in my new city I found a job and started making acquaintances, if not friends.  At least I had people to talk to while at work.  But what about the weekends?  Every other weekend I loaded up my laundry and my cat, and made the hour-long drive to my parents’ house in a neighboring city.  I can remember being truly sad to leave on Sunday evenings, and trying to figure out how I was going to get through those next two weeks until I could get back to the comfort of my parents’ home again.  Having my parents reasonably close by and having them to lean on was what got me through that time in my life, but it wasn’t a long-term solution.

Friends are family that we choose

Thankfully, as time wore on and my company hired more people, I began to make friends.  I stopped making the trek to my parents’ house on the weekends and started to spend that time engaged in all of the fruitful endeavors that 20-something women did in the ‘90’s – shoe shopping, eating out, getting trashed at the clubs downtown and trying not to go home with random strangers, and more shoe shopping.  My friends were mostly single at that time and even the ones who were coupled up didn’t have kids, so we had a lot of time on our hands and a lot of fun to be had.  I did everything with these people and they became my new family.  As the years ticked by, however, it became increasingly difficult to find anyone to do things with.  Friends were getting married, settling down and having kids.  When my friend, Rachel, and I found ourselves to be the only two single girls left in the world, we even “advertised” on Yahoo! Personals (that was a thing back then) for other single female friends our age who were in the same boat.  That little experiment didn’t go so well, but at least Rachel and I now have some funny stories to laugh about for the rest of our lives.  It was at that time that I realized the power of not only being able to do things alone, but to actually enjoy them.

The best thing about being alone and doing things on your own is that you’re already doing them with someone who likes to do the same things you do – you!  Okay, that was a circular statement, but it’s true.  How many times have you decided you wanted to go do something only to run down your mental list of friends and discover that none of them actually likes to fly remote control planes?  Or the one person who does is out of the country for three months at an intensive remote control plane-building workshop?  If you don’t enjoy your own company and can’t fathom doing things on your own then, what, you never get to do the things you enjoy unless you can scrounge up someone to do them with?  That’s a slippery slope, especially as you get older and the people in your life have their own time demands, like spouses, kids, family, work, and personal commitments.  It’s not like when you were a kid, had virtually no responsibilities, and could have three friends on your doorstep at the drop of a hat, all eager to go make mud pies with you.

I hate to break it to ya, but since I believe in honesty, here’s the truth.  You have to practice spending time alone.  No matter how painful it is to endure at first, it’s what you have to do.  I used to hate being alone.  It felt boring, sad and losery.  But the more I did it, the more used to it I got, and the more used to it I got, the more I actually started to like it.  Now I love being alone and when you can get to that point you’ll never feel lonely again.  But it took years of practice.  It doesn’t happen overnight and it’s not the easiest thing you’ve ever done.  You’ll get there, though.  Make plans for your free time with yourself so you don’t leave things to chance and find yourself lying on the sofa staring at the ceiling.

Chances are you already have some things in your life you enjoy doing alone – reading or watching bad TV shows or taking a long walk.  Do more of those things.  The next time you find something that you want to do that you would normally do with someone else, try doing it on your own.  Notice the enjoyable things about that activity that you wouldn’t normally notice because you’re engrossed in conversation with another person.  The more things you do on your own and the more you notice your positive experience of those things, the happier you’ll become doing things alone.  And the more time you spend alone, the more you’ll become okay with being alone.